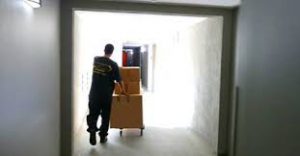 San Francisco and the Bay area in general are widely known for being one of the most beautiful locations in the entire United States. San Francisco has also become one of the most sought after places to live over the years, thanks to its solid economy, some truly spectacular weather year round, as well as the innumerable options available for those who like to be out and about, including restaurants, attractions, the music scene, the water….Frisco has something to offer for just about everyone.

If you’ve visited and fallen in love with San Francisco like so many do, and think you’d like to relocate there permanently, here are a few reasons why you should.

It’s the Land of Opportunity. San Francisco shares space with nearby Silicon Valley, and as a result boast the highest household median income in the country. High paying technology jobs are numerous, they pay well, and are usually enough to ore than offset the higher than average real estate prices in the area. The area unemployment rate hovers around 2.1%, with a job market that continues to grow as well as ample opportunity for advancement.

It’s a Land of Culture. San Francisco is widely known as one of the hubs of progressive culture in the US. It saw the beginnings of the counterculture “flower child” movement of the late 60s and has established itself as a cultural melting pot that welcomes and celebrates diversity. Many credit this as the reason San Francisco became such a home to the technology industry, due to its forward-thinking approach in nearly every area of life. It is also the home for countless fairs, festivals, musical and theatrical events designed to appeal to virtually every taste.

Outdoor Life. Even indoor folks will be drawn to the outdoors in San Francisco. The incredible array of natural beauty prevalent in the area is just too much to ignore. Everything from Mount Tamapalis, a 2600 hundred foot mountain peak in Marin County, to nearby Napa Valley, widely recognized as wine country, to the elevated bike trials of Angel Island, and of course the amazing panoramic sweep of San Francisco Bay and the Golden Gate bridge…everything ensures you’re not likely to spend much time at home!

How About That Weather? If you’ve been to Frisco, you know it’s known for its fog, which is quite a sight to behold. But a few low hanging cloud formations are a more than reasonable trade when you consider the area’s relative lack of humidity, as well as some of the coolest temperatures year round, including the summer months. Temperatures of higher than 80 degrees are only had less than three weeks out of the year, and the coolest the area gets is around 50 degrees during the month of January. Annual rainfall is about 24 inches. Only Hawaii, with its near perfect year round weather, is in the same league.

Did We Mention the Food? You can dine in a different local establishment every night, and it will be quite some time before you do the same place twice. This every Saturday event known as the Farmer’s Market generates buzz from the entire city, as folks come from miles around to sample the various offerings. The city is also abundant in the numbers of bakeries, bread shops, coffeehouses, food carts, and any and all manner of new, original, even experimental local eateries.

How About the Sports Scene? The city is home to several professional sports teams, so whatever you’re into, it’s most likely here. NBA champs The Golden State Warriors, call Frisco their home, along with three-time World Series winners the San Francisco Giants. Football fans can enjoy the Oakland A’s and San Francisco 49ers in their new stadium home, Levi’s Stadium. San Francisco is also home to the NHL’s Sharks and San Jose Earthquakes soccer team.

You Really Get Around. San Francisco is a large city, to be sure, but it maintains a very high walkability score, with folks opting out of spending hours in traffic and either walking or cycling to their respective destinations. Public transportation is plentiful, utilizing a light rail and subway system along with buses and the iconic San Francisco trolleys, and used by about a third of residents.

And How About That View? All you have to do to see and appreciate the beauty of San Francisco is throw open your bay window. The topography of the city is hilly to say the least, and when you factor in the ocean front, the islands, the incredible bridges, and mountainous regions to the east of the city, you’re in for a real visual treat no matter which way you turn!

Clearly, you don’t have to look far for a reason to move to San Francisco, but once you have, you will no doubt discover many more.